The coronavirus is marking the borders of inequality in Latin American cities with indelible ink. The disease, which officially arrived on the continent on February 26 through a Brazilian from São Paulo who had been in Italy and claimed his first life in Buenos Aires (Argentina) just over a week later, soon entered the community contagion phase putting health systems in emergency in some countries. Covid-19 confronted the leaders of the region and millions of families with the impossible dilemma of how to stop its expansion without drowning the economies. Although the virus hits the rich and poor alike, there are great differences when it comes to fighting it based on social class. Confining themselves, maintaining social distance, staying home and even washing their hands are much more difficult actions for those who live day by day, overcrowded and sometimes without access to running water in favelas or low-income neighborhoods and places at a disadvantage its inhabitants in the face of the pandemic.

An analysis of data in four of the largest cities in the continent reveals how the gaps in the region have been exposed with the pandemic, which has particularly affected the popular neighborhoods of urban Latin America. In the enormity of the metropolitan area that accompanies Mexico City we find the weight of density; In Bogotá, the economic division between the northeast of the city and the rest also materializes in infections; in Buenos Aires, the north-south gap is reflected with particular intensity not only in the contagion, but also in the attention it has received from the authorities; and in São Paulo, the largest city on the continent, a zoom millimetric reveals the invisible borders through which covid-19 moves.

???????? The Mexican metropolis receives the virus by sectors

Mexico City has been battling contagion for months in a space that encompasses much more than its administrative borders: the limits of Latin American metropolises frequently exceed them, but the extension of the Metropolitan Area of ​​the Valley that contains it is exceptional: 8,000 square kilometers , 60 municipalities and 22 million inhabitants. In its variety, and in the constancy of contagion, it offers a tragically privileged observatory to see how the virus unfolds with population density as a common thread.

Mexico is already the third country with the most deaths from coronavirus in the world, after the United States and Brazil, according to the count from Johns Hopkins University. As of August 2, the city had registered more than 74,314 positive cases and more than 8,900 deaths. The pandemic, which reached the Mexican capital at the end of February, mainly through people from the more affluent neighborhoods who had been abroad, found in the densely populated popular neighborhoods with high levels of poverty in the capital a broth of cultivation for expansion. In March, Mexico City entered a lax quarantine that was further relaxed in June, when the Government of Claudia Sheinbaum inaugurated the epidemiological traffic light system, through which shops and restaurants were partially reopened with security measures and safe distance while the hospital occupancy rate decreased. However, for the inhabitants of the most disadvantaged sectors, where families live overcrowded and without access to drinking water and drainage, staying home and a safe distance were never an option and this is clearly reflected in the number of deaths and contagions. For many Mexicans, going out to the streets and, as a consequence, the possibility of getting sick, is marked more by the need to earn a living than by the traffic light.

???? Density matters (and crowding does). The municipalities with the highest infections and deaths are also some of the most densely populated and those with the highest poverty rates, such as Iztapalapa and Gustavo A. Madero, where 35% and 28.4% of the population, respectively, lived in 2015 in poverty, according to data from the National Council for the Evaluation of Social Development Policy (Coneval).

The epidemic took off late in Colombia, but when it has, it has concentrated its impact on the capital. Bogotá accumulates almost four out of every ten cases detected in the country, with just 18% of the population. But the vast majority of them are concentrated in the lower strata.

The word “stratum” is not trivial here, but rather has a profound connotation in the country’s cities: all urban dwellings are classified according to a series of quality and habitability parameters ranging from 1 to 6. Affiliation of a household with a stratum practically becomes a class mark. According to data published by the Bogotá Health Secretariat on July 30, 45% of those who died during the pandemic belonged to households in stratum 2, and 25%, to stratum 3. Both dominate in Suba and Kennedy, the localities with more accumulated infections. 17% lived in 1. Between all of them there are nine out of ten deaths from covid-19 confirmed in Bogotá.

???? Inequality on the street, in homes … and in public transport. A third of the homes in Bogotá are stratum 2, but almost half of the deaths and hospitalizations belonged to this segment. In stratum 1 the difference is more abysmal: the proportion of severe cases of covid-19 is double that of the population by weight. The reason is twofold: on the one hand, they are usually more inhabited homes. But, on the other hand, people who had to go out to work almost from the first moment feed on them. The confinement in Colombia was early, but the return of the people to the streets soon reappeared. Above all, for work reasons, according to Google mobility data. In addition, the reserved platform bus system that mobilizes millions of people day after day collects data according to the type of fare used by its passengers: the tickets purchased with the reduced one, reserved for lower income households, fell less than the rest , and they also increased faster. They are, effectively, strata 1 and 2.

Argentina began a harsh quarantine on March 20, which is still ongoing. After keeping the contagion curve flat for months, it is now going through a period of accelerated rise in the curve. For two weeks, cases have averaged 5,500 a day and the number of infected is close to 200,000, with more than 3,500 deaths. The figures are far from its neighbors most affected by the pandemic, such as Brazil or Chile, but the authorities are concerned that the virus has been cruel to the city of Buenos Aires and its metropolitan area. About 15 million people live there, 33% of the country’s total population. The maps also show that the distribution of the virus has not been homogeneous within that conflict zone.

???? Epidemiological foci in vulnerable areas. The virus arrived in Argentina in early March and settled in the northern part of the capital, where the wealthy neighborhoods are concentrated. He entered through the Ezeiza international airport, carried by tourists returning from their vacations in Europe, especially in Spain and Italy. The spread, however, was soon concentrated in the poorest communes, located in the southern half of the capital, and in the so-called shanty towns, deprived neighborhoods where overcrowded neighbors without basic services cannot comply with preventive confinement. The statistical weight of these precarious settlements has been so important that it turned the Retiro neighborhood, located in the “green” zone of the coronavirus, in the red.

The city of São Paulo, the richest and most populated in Brazil, was the first to register a case of covid-19 in Brazil on February 26, when its streets were full of people celebrating carnival. With 12 million inhabitants, it quickly became the epicenter of the pandemic in the country and today officially adds more than 9,800 deaths. Although the quarantine was officially imposed on March 24, with restrictions in some sectors, there was never a true lockdown. The measures of social isolation favored the middle and upper classes. A large part of the sectors that employ the least economically powerful population continued to function totally or partially, such as essential services or construction.

Under this reality, the poorest became even more vulnerable. Living in precarious spaces, often without basic infrastructure and sharing small spaces with other people, this group continued to go out to work, often using public transport, which exposed them more to contagion. Furthermore, this sector of the population generally relies on public health, which already had long waiting lists before the pandemic. The comparison between the Morumbi neighborhood, one of the most expensive in the city, and Paraisópolis, a group of favelas – makeshift houses next to that same neighborhood – is a clear example of this scenario. Residents of Morumbi, where the population density is 4,119 inhabitants per square kilometer, were much less affected by the pandemic than those of Paraisópolis, where the density is 45,000 per square kilometer.

According to City Council data presented this week, 1.3 million people had contact with the coronavirus, a number six times higher than the 213,000 cases officially confirmed until then in the city. The official report reflects that people with the lowest monthly income and less education are the most vulnerable to the virus, a sector with a majority black population. 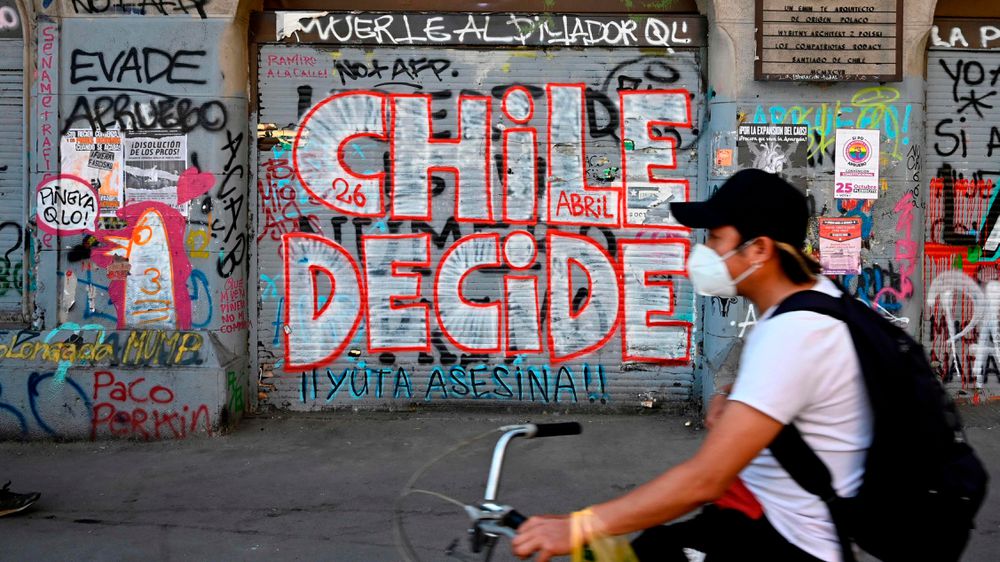 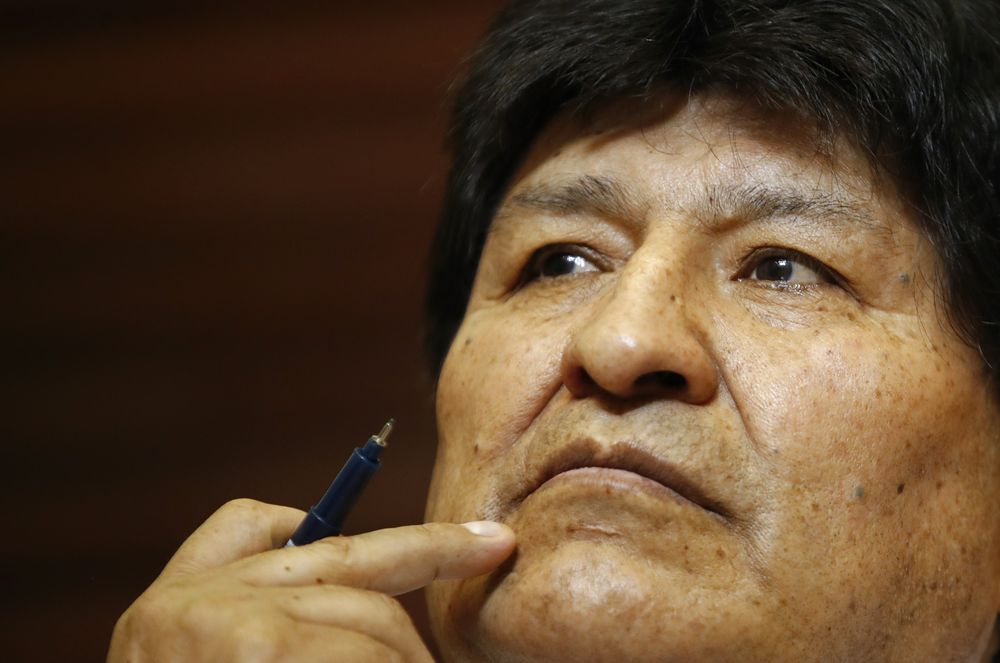 The return of Evo Morales does not arouse passions in Bolivia