On a sweltering July morning, Rose Wilson struggled for breath as she sat on her bed, an oxygen tube to her nose, the light from her computer illuminating her face.

Wilson, 81, a retiree who worked as a nursing supervisor for the Duval County public health department for 35 years, had just been diagnosed with COVID-19-induced pneumonia.

It was his telemedicine appointment and on the other side of the screen was Dr. Rogers Cain, who runs a small family clinic in North Jacksonville, a predominantly black area where the coronavirus is hitting hard. Cain had already seen virtually seven COVID patients during the morning.

Cain and Wilson are nervous. For years, both saw the county health department run out of money and staff, hampering Duval’s ability to respond to the outbreaks. And now they face COVID-19 in one of the states that is leading the rise in cases in the United States.

Florida is both a microcosm and a warning to the country. As the nation began draining its public health system, staffing and funding fell more rapidly in this state, leaving it especially unprotected for the worst health crisis in a century.

Although Florida’s population has grown by 2.4 million since 2010, the state dramatically reduced the staffing of its local health departments from 12,422 full-time workers to 9,125 in 2019, a joint investigation by KHN and The Associated found. Press.

Local health departments, run by the state, spent 41% less per resident in 2019 compared to 2010, according to an analysis of state data, falling from $ 57 to $ 34. Departments across the country have cut spending as well, but by less than half, according to data from the National Association of County and City Health Officials.

Even before the pandemic started, there were fewer researchers available to track and contain diseases like hepatitis. When the wave of COVID-19 flooded Florida, its main lines of defense had already been decimated.

Now, confirmed cases have exceeded 588,000 and deaths have exceeded 10,000. Concern about the virus prompted Republicans to cancel plans for the in-person national convention in Jacksonville this week.

Health experts blame the funding cuts on the Great Recession and on a string of governors who wanted to transfer publicly funded state services to for-profit companies.

And, they say, when the pandemic flared, Republican Governor Ron DeSantis and other political leaders sent mixed messages about prevention strategies like wearing masks. The voices within the health departments were muzzled.

“Sadly, the reality is that people are going to die because of the irresponsibility of the decisions that budgeting people make,” said Ron Bialek, president of the Public Health Foundation, a nonprofit organization in Washington, DC, offering resources and training to improve public health.

State officials did not respond to specific questions from The Associated Press and KHN about changes in public health funding, nor did they make staff available for further explanations.

Dr. Leslie Beitsch, former assistant secretary of the Florida state department of health, said that failure to prepare for a foreseeable disaster “is government negligence.”

Since the virus does not respect borders, other states are feeling the effects of Florida’s failures.

Despite a move toward privatization in the 1990s, spending per person on local public health increased, reaching a peak of $ 59 adjusted for inflation to the 2019 dollar.

Beitsch said the downward trend continued under former Republican governors Charlie Crist and Rick Scott, fueled by a growing belief in government contraction. Scott, now a national senator, said through a spokesman that he did not apologize for the health department cuts, which he characterized as actions to “make the government more efficient.”

The ability to manage disease outbreaks has been hampered in some Florida communities more than others due to this reduction. Departments serving at least half a million residents spent just $ 29 on public health per person on average in 2019, compared to $ 90 per person for those serving 50,000 or fewer – a more marked difference than the typical gap between departments plus larger and smaller nationally, according to KHN-AP analysis.

The Duval County Health Department spending was the equivalent of $ 34 per person, 63% less than in 2008. Typically, about 22 workers, or 5% of the total staff, have dedicated themselves to training and tracking disease outbreaks.

“Current events demonstrate how bad the decisions to make deep cuts to public health were,” said Dr. Marissa Levine, a professor of public health and family medicine at the University of South Florida. “They really have come back for revenge.”

Florida now has more than half a million COVID cases and 35,000 hospitalizations. Although DeSantis has yet to issue a face mask mandate, some local governments, such as Jacksonville, have.

Chad Neilsen, director of infection prevention at the University of Florida-Jacksonville, praised the city’s mayor for the mask requirement, but noted that other counties have different rules and the inconsistent message creates confusion.

“We have to have one voice and consistent leadership if we want people to change their behavior,” said Dr. Jonathan Kantor, a Jacksonville epidemiologist and dermatologist.

Instead, experts in Florida said public health workers have been silenced or have been told what to say by top state officials. Local health officials “are told bluntly, ‘Shut up,'” said Patrick Bernet, associate professor of health administration at Florida Atlantic University. “They literally cannot speak.”

Beitsch, who now chairs the department of behavioral sciences and social medicine at Florida State University, said this, and a similar dynamic nationwide, fuels the politicization of public health and the undermining of science.

Meanwhile, the number of COVID cases is increasing.

With a public health system that is not equipped, Wilson, the retired public health nurse, said it is everyone’s responsibility to get Jacksonville, and Florida, out of the crisis.

“My hope is that everyone will start to take this virus seriously, wear their mask and maintain social distancing,” said Wilson, whose condition has improved. “Eventually there will be a vaccine. But until then, it’s up to us to help. And if we don’t take it seriously, we are doomed. “

Dearen is a reporter for The Associated Press, and Ungar and Recht are reporters for KHN.

This story is a collaboration between The Associated Press and KHN, a nonprofit news service that covers health topics. It is an editorially independent program of the Kaiser Family Foundation that is not affiliated with Kaiser Permanente. 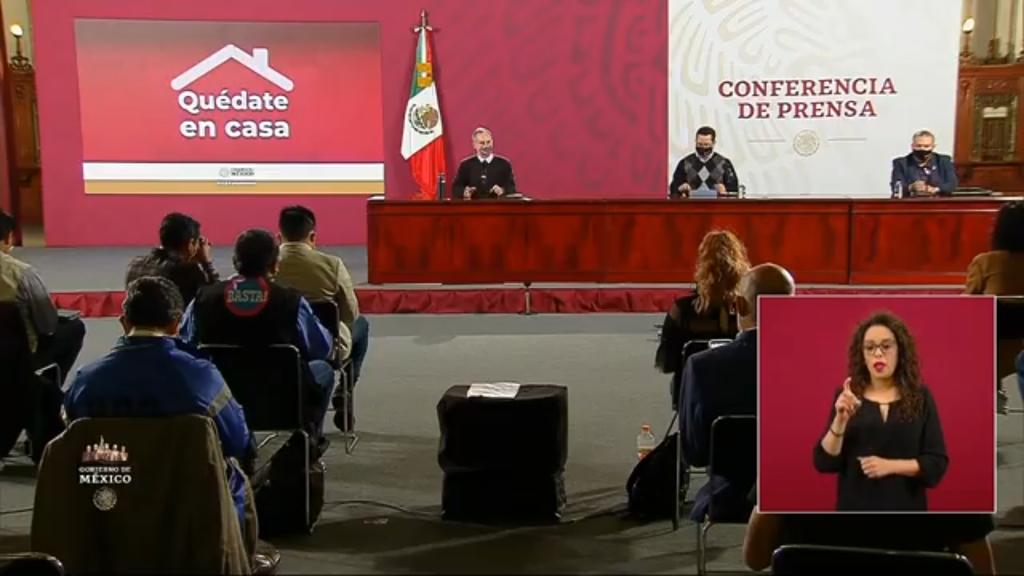