4 days after death Xavier Ortiz, the renowned psychic, Dr. Rob Cissna assured that he contacted the spirit of the former Garibaldi and he would have told him that he did not commit suicide as we all believe, but that he was murdered.

‘Live Gossip’, the show hosted by Javier Ceriani and Elisa beristain that comes out by TV star Monday through Friday at 4 PM, he interviewed the psychic in order to get in touch with Ortiz’s spirit, to explain what had led him to make the decision to commit suicide.

But to the surprise of even the presenters themselves, Dr. Rob’s response could change the course of history if confirmed.

“I feel pressure around my neck here, I feel shocks but this happened before I put it on, before putting it on him. I have to tell you that this is not how people think, the way he died is not what people think, he did not take his own life, he was murdered but they want to give the impression that he committed suicide … He tells me that he was worth more dead than alive, but he didn’t decide to die, he had problems like everyone else, but he didn’t want to die “, the psychic began saying in the interview.

Dr. Rob assured that Xavier’s spirit is not at peace and summed it up this way:

In the program they asked him about Ortiz’s ex, Carissa De Leon and if it was true that the night before they had had a fight, information that came out in some media:

“This fight happened, but it wasn’t the day before, this fight happened about a month ago and it happened for money. She wanted more money, she used fights in a way to show him that he was finished, he got depressed and thought about committing suicide but this is not what happened “, says Xavier tells him.

Who is Dr. Ron Cissna? He is a psychic who lives in a town near Orlando, Florida called Casadagga. In this place only lives a community of mediums and psychics around a hotel, where it is ensured that the presence of spirits is felt.

Dr. Rob became very famous in 2008 when he participated in the radio show, ‘Ground Zero’, hosted by Javier Ceriani in Miami, and connected famous people with the spirits of their dead. According to his record, the FBI hires him to help them investigate hard-to-investigate murders, much like the Reagan family when they were in the White House.

Let’s remember that on September 7, we found out that Xavier had made the decision to commit suicide hanging with his belt, from the stairs of his house. His cousin found him and immediately called the police, who confirmed the news of the suicide. After the autopsy, her body was given to her family for their tributes, but under the premise that they could not make it ashes for 5 years, in case they should, due to some irregularity, exhume the body for investigation. 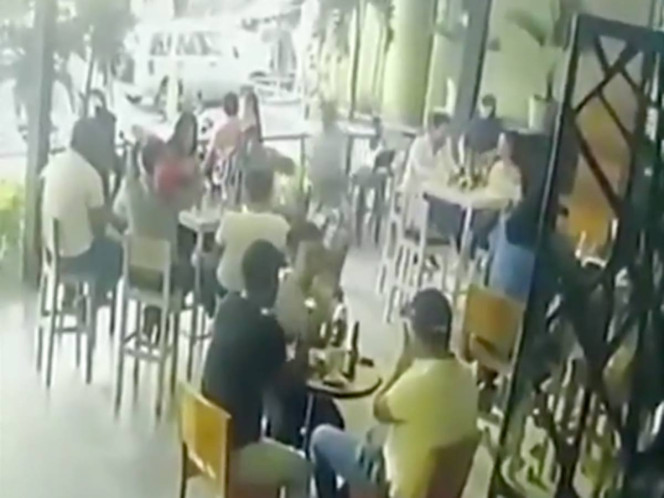 In 7 seconds hitmen execute 3 in a bar in Chilpancingo

Longueuil proposes a change in police philosophy across Quebec –