No one expects it to be in the short term, but Belgium already has a legally available heiress to access the throne when necessary. Princess Elizabeth turns 18 this Friday, October 25, and the age of majority assumes that if her father, King Felipe, suffered some mishap that prevented him from continuing to exercise, she would be the one who would assume his position without the need for an intermediate regency, as has happened until now.

The event has not gone unnoticed in Belgium. The media are preparing extensive coverage of the ceremony with which they will celebrate the moment. Both her father King Felipe and the future queen will take the floor. And there will be no lack of music: members of the Royal Antwerp Ballet School and Blanche, the Belgian contestant at the 2017 Eurovision Song Contest, will perform. The events will be attended by members of the royal family and the political elite, but also 80 young people born in 2001, the year of the princess’s birth, coming from all regions of the country.

The Duchess of Brabant will thus have generational accompaniment at a time of great symbolic importance but without any visible practical effect. King Felipe will turn 60 next April and his term as head of state is still long. “The king is in good shape and has been reigning for a short time, only six years. The situation is ideal because the princess has time to prepare,” says Vincent Dujardin, Professor of Contemporary History at the University of Leuven.

The princess’s agenda includes a reception with the Belgian nobility in which she will be presented to the aristocracy at an event that will be around 500 guests. Among the many treats for the 18th anniversary, you will also receive an official stamp designed for the occasion from a photograph taken by your father.

Isabel from Belgium represents a breath of fresh air in an institution traditionally owned by men. The Salic law, which prevented the accession to the throne of women, was not abolished until 1991 thanks to a constitutional change, with which since the foundation of the country there are eight kings of the Belgians. She will be the first woman. “It gives a certain veneer of modernization,” says Dujardin.

The princess is still a great unknown to her fellow citizens. She is currently studying Baccalaureate in Wales at UWC Atlantic College, based in a 12th century castle. The institution uses the method of the German of Jewish origin Kurt Hahn, who is inspired in turn by the philosophy of Plato. The system is very popular with a part of European royalty, and among those who have tried it are Queen Emeritus Sofia or Prince Charles of England.

Her dual status as a student outside the country and a minor has meant that so far her public appearances have been counted and she has not been involved in any controversy. In a country where regional sensibilities are running high, her command of Dutch is highly valued, the language in which she was schooled until she was 16 years old. In addition, he speaks French, English and some German, the third of the official languages ​​in Belgium. “She is experiencing a very good moment of popularity. She is respected by flamencos and francophones”, highlights Dujardin.

The idea of ​​his parents, once he has reached the age of majority, is that, far from coming to the forefront, he should continue his progression in a discreet way. While her father, King Felipe, is focused on bridging the gap between Flemish and Francophone leaders, still involved, five months after the elections, in uncertain negotiations to form a new Belgian government, Isabel’s next step is still unknown. . “After Wales we can think that she will continue studying abroad to perfect her English. And then she can receive military training to know the army well, but nothing is compulsory, she will have to choose,” explains the Flemish university professor. 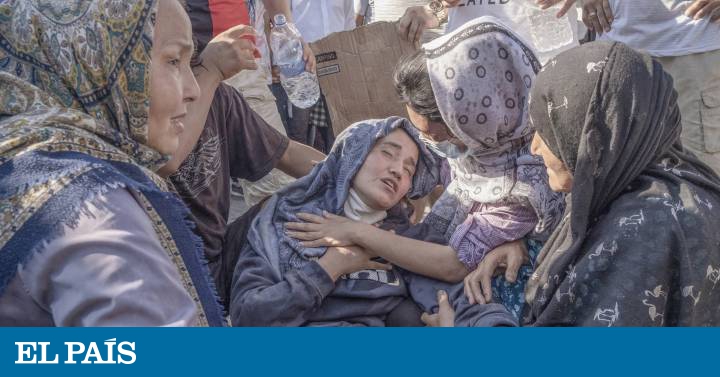 They don’t even have Moria left