The economic emergency unleashed by the health crisis has shaken the drowsiness and paralysis in which the search for a more solid and consistent European architecture was found, as an unavoidable requirement after the financial crisis and the euro. That had been a great crisis of the integrating project that had reached the point of provoking the vertigo of its possible collapse.

The EU could not allow itself new errors and delays in responding to the emergencies caused by the pandemic, above all due to the magnitude and generality of its contractionary impact on production, income and employment. The reaction came in time with the happy innovation of the Next Generation EU Recovery Plan and the renewed Multi-Annual Financial Framework. And many have spoken of a historical advance that supposedly would leave behind the mistrust germinated during the financial crisis and would overcome the blockade of the new architecture to which the obstructionism of the so-called frugal countries had led. A disproportionate optimism that confuses wishes with reality and that could lead to overconfidence.

The introduction of the new recovery funds has undoubtedly been a European success that has once again confirmed – in line with the hopes of the founders of the EU – the ability of the imperfect framework built to fill in the many gaps that the limping advance of the same has been leaving. As it was not possible from the beginning to establish a complete and coherent construction – which would have implied a high degree of political integration and the renunciation of national sovereignties – a line of gradual and partial progress was chosen according to the urgencies that the future itself would go arousing. And so far this form of intermittent progress driven by the needs of the moment has not derailed.

This lawful celebration should not be an obstacle to gauge its true scope. In order not to forget the pending tasks and not to blur the contribution that countries like Spain can make to effective and lasting progress. We must not lose sight of the fact that the step taken by the EU is exceptional and transitory. It has been a bold precedent, but it is not here to stay as a permanent feature of the new architecture. The new funds, although large, have an expiration date, and the same happens with the new permission to borrow and to issue bonds.

The foregoing innovator is very relevant not only because it has demonstrated the ability to react to an exceptional disturbance, but also because it has been an effective exercise in solidarity and risk sharing among partners. A very significant part of the funds are allocated according to the needs of the member countries according to the relative impact of the pandemic, while their suffrage is carried out according to the contributions of each country to the community budget, which are calibrated according to their respective capabilities. Therefore, they suppose effective transfers from the countries that can most to those that need it most. In addition, the solidarity effort is financed through a joint appeal to the capital markets, which relieves pressure on the most troubled countries and with the fewest credentials vis-à-vis funders. And the inevitable conditionality associated with its use is limited to its proper use within the framework of the pending commitments of each country and of a logical, albeit demanding, budget rebalancing program, once the impact of the pandemic has been absorbed. Therefore, they do not imply abusive interference in the exercise of sovereignty of national economic policies.

For a country that – like Spain – has been fighting for a more complete and coherent institutional framework of the EU, with elements of fiscal union that permanently contribute to stability and solidarity, it is highly relevant to take advantage of this precedent as a point of support for later advances and that is not reduced to an isolated emergency action.

Do not waste the opportunity

The first condition so that this great opportunity is not wasted is undoubtedly an agile and efficient management of community aid at the service of the purposes for which it has been granted. This is not an easy challenge, as it involves developing spending programs and interventions in areas where the Spanish economy has lags or structural deficiencies, such as digitization, the ecological transition, the educational system and the functioning of the labor market. And also because it presupposes a management capacity of the Public Administrations – central, regional and municipal – that has been strongly challenged by the pandemic itself. This is a key condition, not only to break the contractionary impulses unleashed, but also to strengthen confidence in Spain as a reliable partner and to advance in the recovery of the influence in its governance that corresponds to it.

The presence of Spain in Europe has undergone notable ups and downs since its entry into the Community. In the honeymoon years that followed accession, Spain played an important role in some of the proposals that advanced the integration project, as in the case of the Structural and Cohesion Funds. However, the position deteriorated with the last crisis, which revealed the weaknesses of the Union and, at the same time, placed Spain in the group of countries burdened by its imbalances. The rescue of the Spanish banking system was the moment of greatest setback for the Spanish presence in Europe. Spain had gone from being an gifted student to being one of the weak sides of the entire building. The costly overcoming of those adversities opened the way to regain a place among the influential countries and the European Recovery program has provided new opportunities to reinforce the Spanish leadership.

For this to be the case, in addition to demonstrating loyalty to the principles of stability on which integration is based and an efficient use of the new funds, Spain must be able to put forward proposals on the table that are viable and susceptible to arouse consensus, overcoming the reluctance of the most distrustful countries. As has been demonstrated in the tough negotiation of the new program, the maximalist proposals have no route. A pragmatic realism has triumphed and should be a constant hallmark of the Spanish contributions to the progress of the Union.

Jose Luis Malo de Molina He was head of the research service of the Bank of Spain between 1992 and 2015. 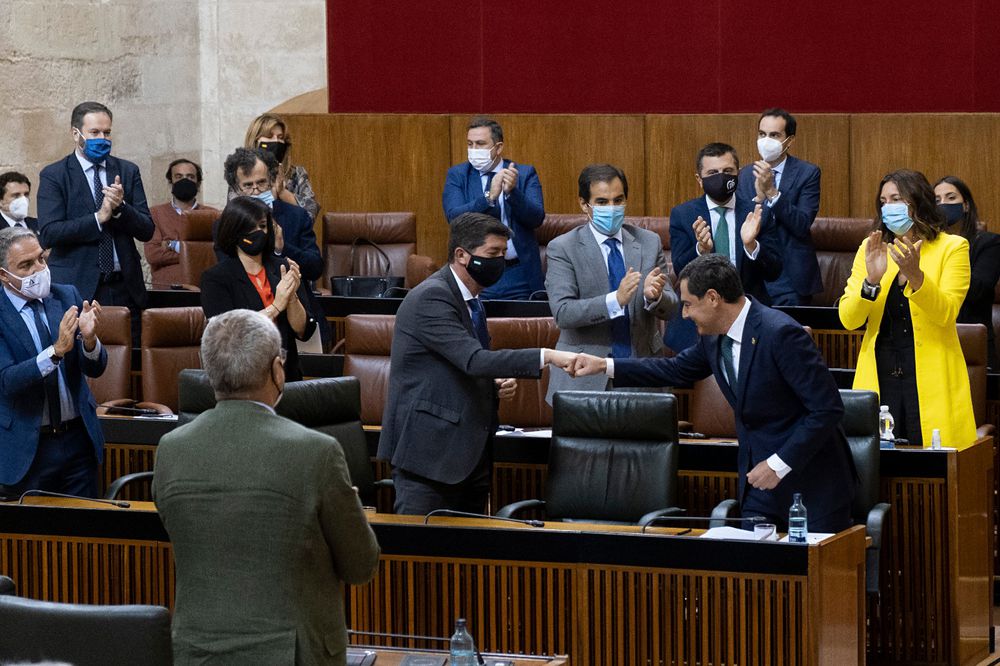 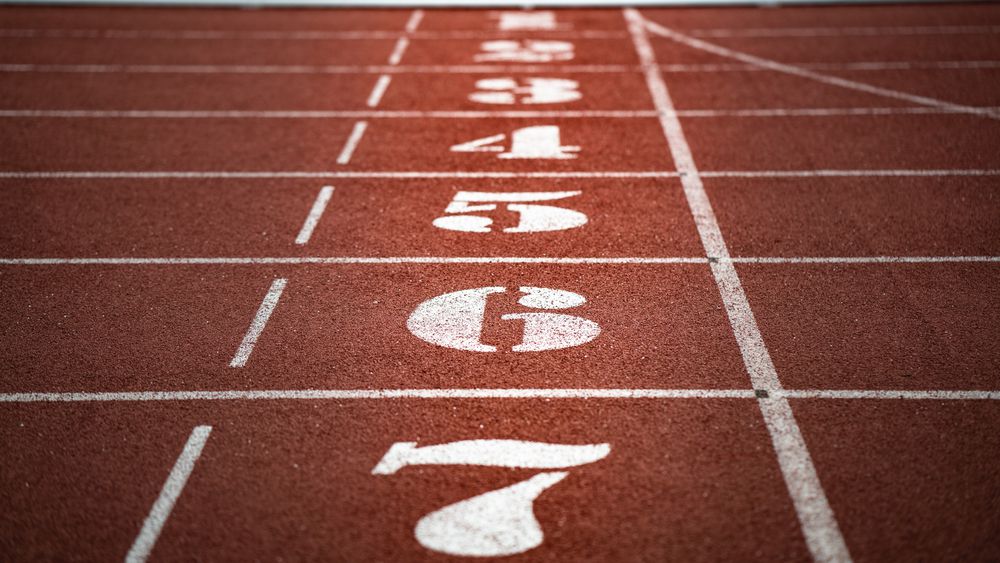 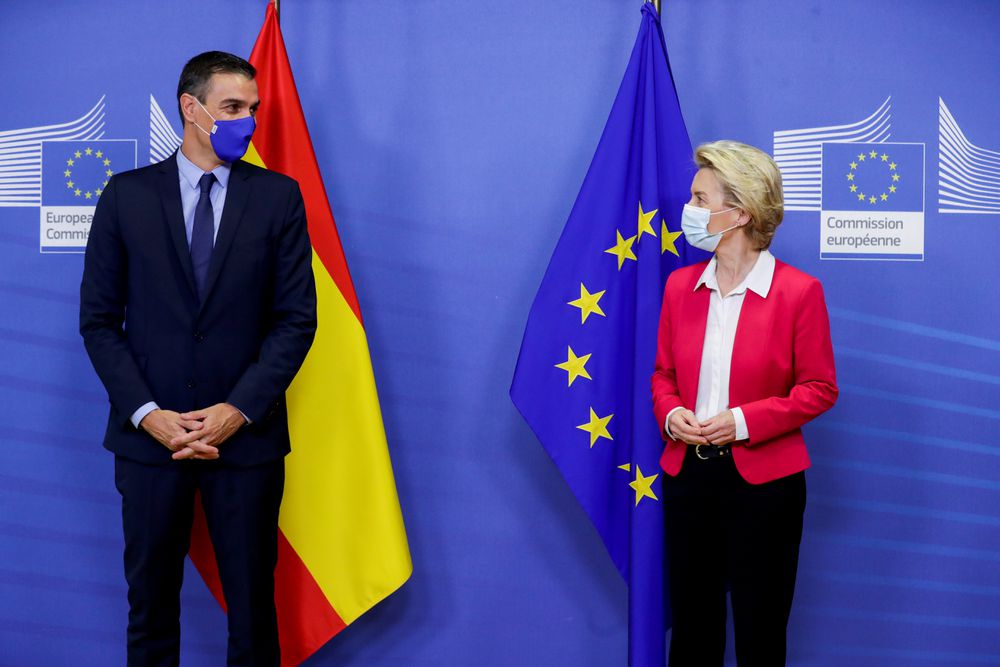