The former secretary of Public Security during Felipe Calderón’s administration, Genaro García Luna, pleaded not guilty to all the charges against him, in a chaotic hearing that was even suspended for a few minutes by Judge Brian Cogan, after several Mexican reporters they ignored requests to silence their phones and continually interrupted the start of the session.

The hearing scheduled for this Wednesday was to read to García Luna the update of his accusation in the United States, which adds the charge of belonging to a criminal company since January 2001 with six aggravations for the distribution of around 53 thousand kilograms of cocaine, to the four crimes charged above (three for drug trafficking and one for declaratory falsehood).

The former secretary of Public Safety pleaded not guilty to all charges.

However, the court hearing, held by teleconference for the COVID-19 pandemic, turned into chaos. From the beginning, Mexican radio stations broadcasting live could be heard, journalists in Spanish who claimed to be at the gates of the New York court giving false information about the procedure, and various screams and comments.

Judge Cogan, already impatient, only endured the scandal for 10 minutes. Multiple interruptions, screams, music and coughs from the dozens of people who had connected to listen to the judicial process, after obtaining the telephone number and connection code for its dissemination on social networks, put him on the brink of a nervous breakdown. “I have repeatedly asked the Mexican press to stop talking on this call,” Cogan said.

“If I cannot continue, I will stop this call and schedule (the hearing) for later,” the judge threatened, in a warning that did not have the expected effect.

The judge’s assistant tried to silence all lines other than those of the judge, the prosecutors, the defense attorneys and the interpreter who translated for García Luna, but gave up the attempt. Cogan decided to cut short and cancel the hearing, informing the parties that he would speak with them to reschedule the hearing and discuss how to handle future access.

With Cogan, lawyers and prosecutors out of the call, an angry cry was heard from one of the participants, directed at those who were unable to silence their phones and allow the hearing to proceed without problem.

Shortly after, the resumption of the session was announced. Following the not guilty plea, a new hearing date was set for December 7.

The former secretary was arrested in December in Dallas (Texas) and accused of drug trafficking and of accepting bribes from Joaquín “El Chapo” Guzmán, leader of the Sinaloa Cartel, while he was in charge of national security in Mexico under the presidency of PAN Felipe Calderón .

According to the United States Government, this would have allowed the shipment of tons of cocaine and other drugs to the American Union.

García Luna had already initially declared “not guilty” of the first charges against him and this Wednesday he did the same again with the expanded accusation, which was released in July, when two high-ranking security charges were also charged. public of Mexico, Luis Cárdenas Palomino and Ramón Pequeno García. 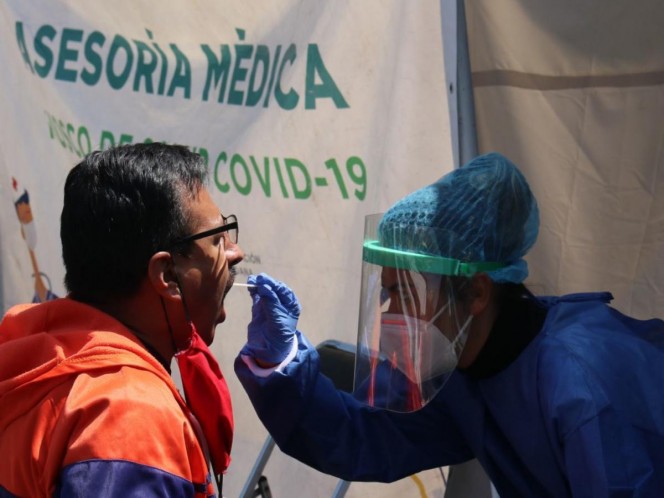