On July 28, Tsitsi Dangarembga’s name appeared on the first list of Booker Prize finalists, one of the most prestigious awards in English literature. Just three days later, the protagonist was a concise message on the Twitter account from the writer: “Arrested! In Borrowdale. Ope will be fine ”; and a photograph in which she was seen from behind being put into a police van. The international media echoed the arrest from a prestigious writer during protests against corruption and in favor of deep institutional reform in Zimbabwe. At 61, Dangarembga has a novel considered one of the best African works of all time and one of the 100 that have changed history, a long career in the world of cinema and a long history of social and political militancy and activism.

Question: Your arrest was featured in all the international media, do you think it has helped make the wave of protests in Zimbabwe visible?

Reply: Yes, I believe that my arrest has helped to make the demands more visible, but not only the current protest, but also the level of repression to which the citizens of Zimbabwe are subjected. There have been other high-profile arrests that have also attracted international attention, that of the journalist Hopewell Chin’ono, which denounced the participation of the president’s family in corruption in supplies and funds to fight covid-19; wave of the opponent Job Sikhala. However, the fact that my arrest occurred three days after This Mournable Body [Faber & Faber] being listed for the Booker Prize increased international interest and helped spread the news about the situation in Zimbabwe to the media and to people who are not normally informed about what is happening in the country.

Q: Your political and social commitment goes back a long way, long before this news, what do you respond to?

A: My commitment to social progress comes from my morality, the personal principles that I have developed throughout my life and by which I abide by. I value participation, fairness, kindness, inclusion and dignity for all. I also value being a citizen of Zimbabwe and act where I can to be one of the good ones. As a Zimbabwean, my heart breaks at the deterioration of all sectors of my country and the devastating impact it has on the population. Poverty and misery stalk us. Fear and uncertainty are our daily bread. I have learned that if I want the situation to improve I have to act to promote change.

Q: With her international literary recognition she could surely live calmly at home or abroad, perhaps some people wonder why life is “complicated” in that way.

A: Now it is very difficult to live peacefully in the country for anyone. Perhaps we could live without active violence, but in my opinion, that is not peace. Covid-19 has made the police state tougher and the economic decline makes every day a struggle. Even getting up to shower is a challenge for me, because I haven’t had running water for 15 years. Other services such as electricity and transportation are equally difficult to obtain. At roadblocks or bureaucratic procedures we are constantly clashing with the authorities. With inflation of more than 700%, even those with decent incomes become poorer and lose purchasing power. The recognition it has had Nervous Conditions and other jobs have not translated into a buoyant income, and although my situation cannot be compared to that of most Zimbabweans, my life here has been quite difficult financially. Furthermore, it seems to the authorities that I am not politically attractive and that has taken away my opportunities. I wanted my children to grow up here and that’s why I insisted on living in Zimbabwe. But now, especially with the difficulties of working creatively, I would consider living elsewhere if the opportunity arose.

Perhaps we could live without active violence, but in my opinion, that is not peace. Covid-19 has made the police state tougher and the economic decline makes every day a struggle.

Q: We often see women writers involved in building a more just future. What is the role of art and culture in social transformation?

A: Art exposes ideas to society in an attractive and accessible way. Art and culture show how we are and how we could be. It also puts products in the markets and money in people’s pockets. The ideas refer to the political space. The representations, to the social space. The products, to the economic space. So art has a fundamental role in the nation. A sleepy art sector is a sign of a dying nation. Art directs and impacts culture, keeping it alive and active. We have to be careful that the impact is positive.

Q:This Mournable Body draw some of the elements of Zimbabwe today, what is wrong in the country?

A: Zimbabwe is in a governance crisis that affects economic, social and political life. It has been in this crisis of government since the creation of the British colony in 1890. It was essentially an extraction company and this approach never changed. Our Government draws from the environment and the people, which has ended up modeling a citizen who is not capable of successfully assuming the tasks of a responsible democratic citizenry. The governance crisis has led to a crisis of the person. What is needed is a deep transformation in consciousness that has been generated in Zimbabwe for 130 years, when human beings were seen and continue to be seen as resources to aid that extraction, and those who are marginalized or labeled as expendable. they refuse to accept that role.

A sleepy art sector is a sign of a dying nation.

Q: Is the description of this scenario in your novel intended to denounce, raise awareness and mobilize, or is it an “intimate” need to conjure ghosts?

A: I tell stories with the intention that they contribute to a positive transformation of the person. I intend to engage the subjectivity of my readers in a positive way, even if it means crossing some spaces that were not well lit, or even completely dark.

Q: The replacement of Mugabe by Mnangagwa has not been the solution …

A: I did not expect anything good because there has not been a break with the past extractive mode of the state. It is not surprising that there have been no positive developments for most and that our life experience has worsened.

Q: At one time he spoke of the origin of the problems in Zimbabwe and Africa was an “existential neurosis”, understood as a lack of consciousness. Do you think that the social mobilizations in many countries show a change or are they a mirage?

A: I do not think that this “existential neurosis” is synonymous with lack of consciousness. Many Zimbabweans are very aware of what is wrong in the country and recognize what needs to be done to improve it, but they cannot due to lack of opportunities or resources. Laws make it difficult to hold meetings that are essential to generate peaceful change and are used to criminalize those meetings, like the demonstration in which I was arrested. The media has been hijacked by minorities, the result is a society of people dominated by anxiety, because we know what needs to be done and we know that we do not have the means to make the necessary peaceful changes. This system is the work of the Zimbabwean authorities, but the international community has acted in a similar way. Yes, I think something is changing, generally through young people, who mobilize and demand changes. They are more aware of their rights than people of my generation. They are also aware of the opportunities that come their way. At the same time, we have millions of marginalized populations in rural and peri-urban centers living the lives of ghosts, grateful for a two-kilo sack of rice. To initiate a transformation, the impulses for change must include these underprivileged populations. The solution for peace and prosperity in Zimbabwe must be actively generated by the nation and embraced at all levels.

* Wiriko is a cultural association that aims to disseminate contemporary African artistic and cultural manifestations. Develops outreach activities through a online magazine and training through a Virtual classroom. 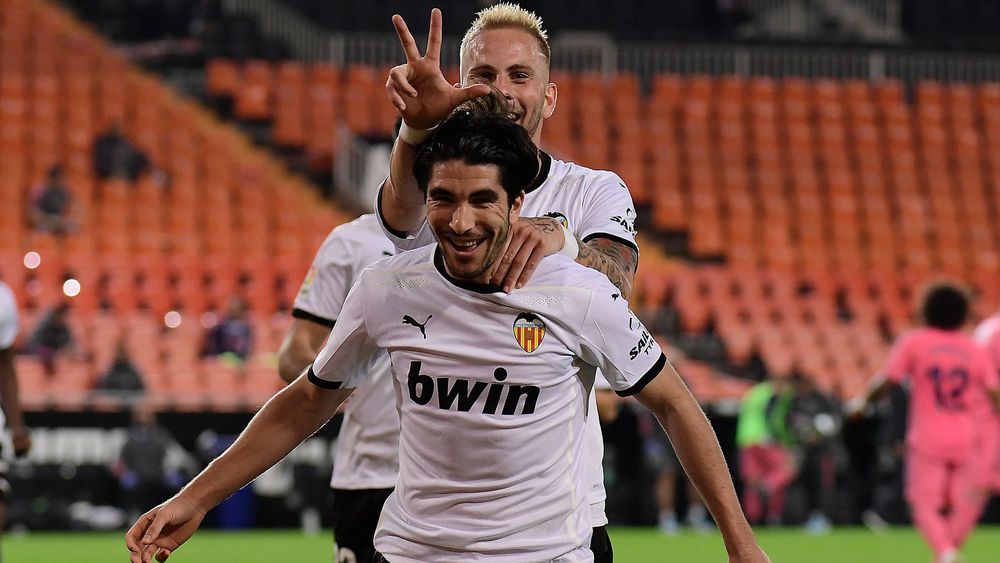 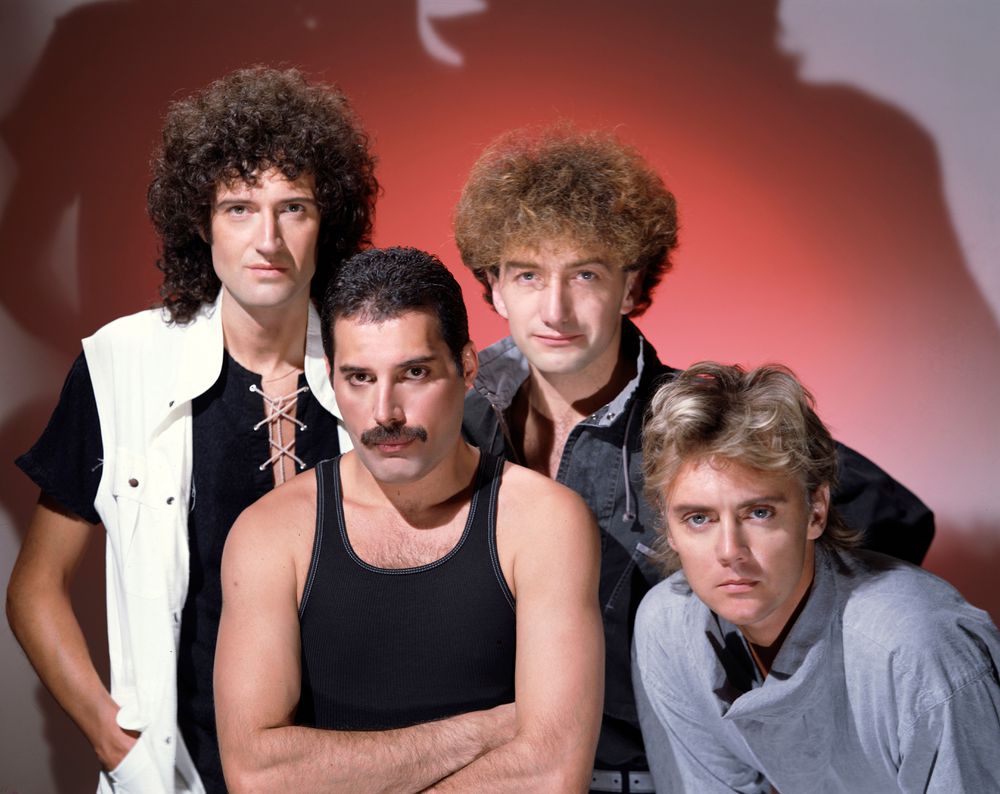 Find out how ‘Great Rock Stars’ were created

Bribes, nepotism and spies: the plot that makes the Vatican tremble