His only approach was “that houses do not become schools and parents become teachers.” José Manuel Rojas Gutiérrez, director of the public primary school August 21, 1944, located in Copilco el Bajo, Coyoacán mayor’s office, identified how many students did not have internet or a device and his mission was to get a digital device so that no child was left without classes online.

As if it were a private school, all the children connect to their classes from nine in the morning. The first ten minutes are used for classmates to greet each other, then first grade teacher María de Lourdes Flores welcomes her group, and the literacy lesson begins.

“We made a diagnosis, to see in the school community how many devices, starting with cell phones, they had. We saw that almost everyone actually had one, because we must also recognize that the school is not very vulnerable. 80% of the population are children of UNAM employees and researchers, the other 10% are Conagua workers and the other 10% are from the community ”, he explained in an interview with Excelsior José Manuel Rojas Gutiérrez, principal of the elementary school.

“It was too viable for our community to start teaching two-hour online classes, every day, because it is not such a vulnerable community,” said first grade teacher María de Lourdes Flores.

A little over two months into the 2020-2021 school year, the group of teacher María de Lourdes already knows the names of all her classmates, in their classes they are already beginning to teach their pets; his toys; boys and girls want to be heard. On the birthdays that have passed during this time, the mañanitas have been sung and virtual cheers have been thrown for the celebration.

“What motivates me the most to give virtual classes every day is when I turn to see what the other schools are doing, in which they are only sending activities by WhatsApp.
App or serving children by mail and with concise messages. Many teachers do not even see the faces of children or parents. For me it is very important to know who enrolled in my class, I feel more comfortable that way, connecting with them and seeing them through the Meet platform ”, he expressed.

For the teacher María de Lourdes, it is about her teaching commitment, ethics and her love for the profession, since she combines this work as a mother and studying the online master’s degree in basic education at the National Pedagogical University.

“It is very gratifying that my daughter Larissa has virtual classes with the teacher María de Lourdes every day, because you do not have the children glued to the television, watching things that maybe, at the moment, they do not always understand or there is no one to explain them your doubts. It’s almost like having them enrolled in a private school, but we are in a public school, ”said Alejandra Ramírez, the student’s mother.

To the principal of this elementary school, his urgency and proposal to implement daily virtual classes in his school came after hearing the despair of many parents, who were becoming teachers.

“What has suddenly generated the mentality that parents should be their children’s teachers? It has caused stress, violence towards children and the anguish that their children are not learning,” he said. José Manuel Rojas Gutiérrez.

Miriam Guerrero, who has her son enrolled in the third year of primary school in a school in the State of Mexico, commented in an interview about the high stress that has been causing her to become a teacher. The education of your child depends solely on the activities that the school sends him through WhatsApp and the programs on open television, which always lack some feedback.

“In my case, I live in the State of Mexico and I go to work in Mexico City, in the mornings I dedicate a few hours to teaching my son, but it is not enough. At the end of my workday, I have to go home to send my assignments and that happens around 11 at night. Obviously, this, like many parents, is causing us great emotional wear and tear and a lot of stress, because we have become the students’ teachers and those who solve their doubts, ”Miriam lamented.

Miriam’s day to day has turned into grueling 18-hour days and without the guarantee that her son is obtaining quality learning.

While Larissa, a first-grade student at the “21 de Agosto de 1944” primary school, is already reading, she is learning spelling with the daily dictations that her teacher María de Lourdes gives her virtually. She knows how to add, subtract, even, she has a little companion, whom she met through these virtual classes.

“I cannot say that this public primary school is the only one that is giving virtual classes on a daily basis, but it is one of the few with this guided teaching method and that they created a digital platform for the students,” said Daniel Terrazas, Larissa’s father.

This digital platform created by the school for daily activities is an indispensable and friendly tool. In addition to finding the syllabus and the video presentations of the teachers by grade, the academic vice principal Víctor Manuel Ochoa adds a film on Fridays to feed the film club.

OAXACA, Oax.– Almost three months after the start of the school year in the basic education system, the period has passed differently from the previous ones due to the forced change with distance classes and the complications continue due to the precarious economic context faced by students. state students.

Given the lack of tools to “learn at home” there is a latent risk of higher school dropouts due to lack of connectivity or interest.

“Although dropping out of school is not a problem that will skyrocket for this and the following school year, but it has already been dragging on from previous years,” said Felipe Sánchez Rodríguez, deputy coordinator of the Calpulli Center for Education and Creativity Support.

The Calpulli Center, with 28 years of experience in social work, began a campaign to collect electronic devices for use in good condition to be donated to children and adolescents in the Lomas de San Jacinto neighborhood, one of the most marginalized settlements in Oaxaca de Juárez, as an urgent action to stop desertion.

Sánchez Rodríguez said that students from this neighborhood, located on the outskirts of the capital, stopped attending school in person due to the pandemic.

But upon learning of the new distance education model, the students were discouraged because they do not have connectivity or a device to receive classes and carry out their work.

For this reason, he said that they started a campaign to collect devices in good condition to donate them to students. 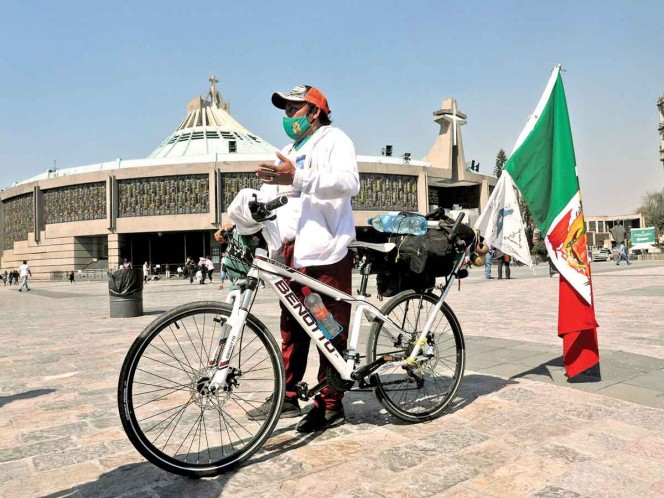 In booths they will avoid pilgrims crossing; will implement operations on December 12 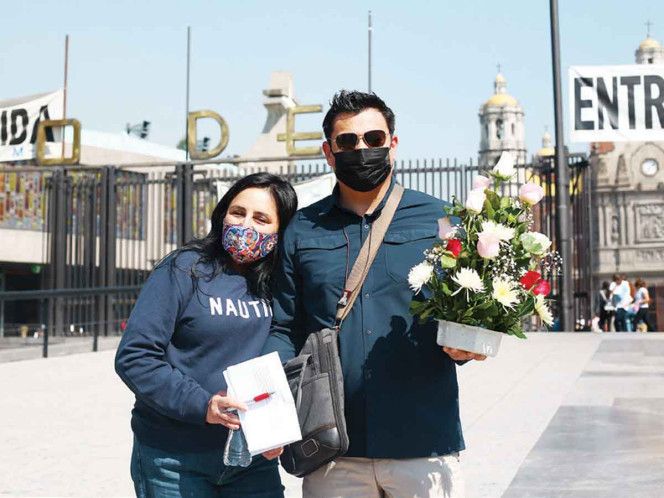 Radela and Édgar come from Texas with love; advance their trip to Tepeyac

In booths they will avoid pilgrims crossing; will implement operations on December 12 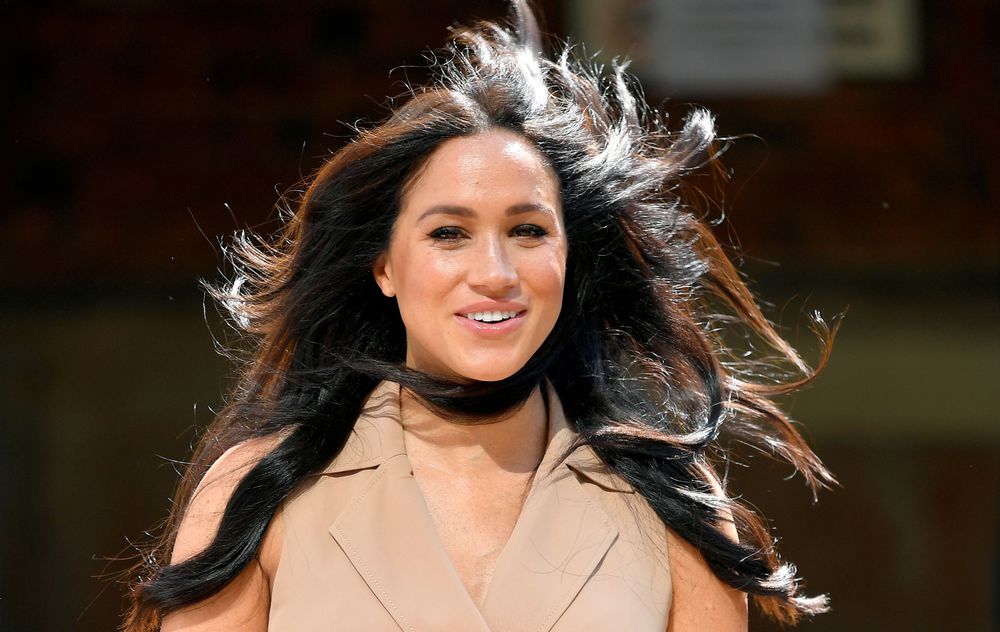 Radela and Édgar come from Texas with love; advance their trip to Tepeyac 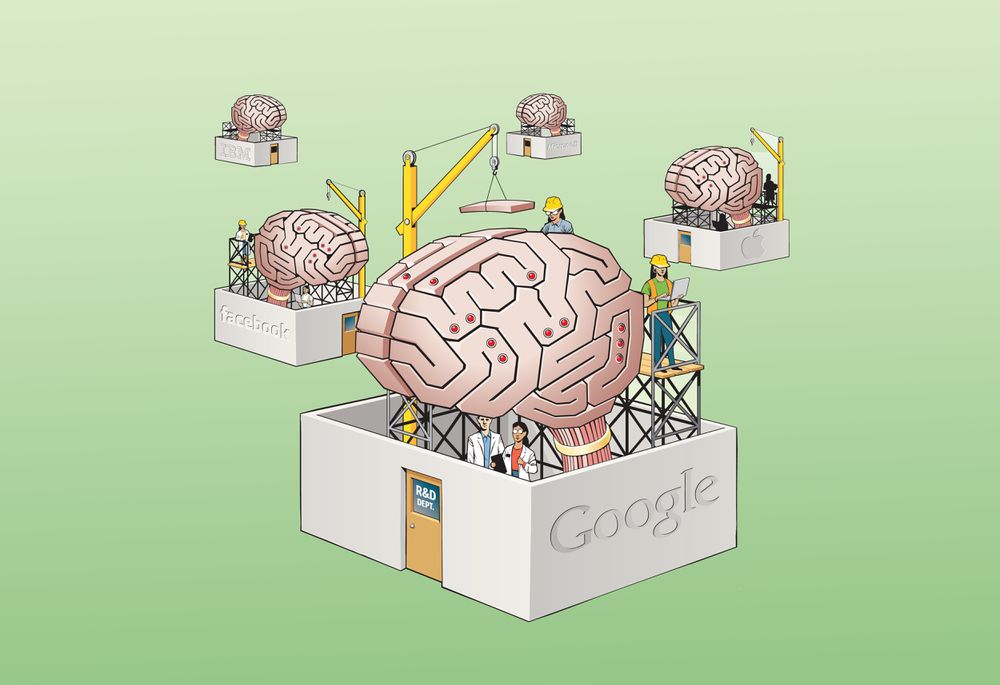 Is it worth memorizing something with so much technology?