Nine months have passed and there is no certainty that anything will change. Rumors, yes there are. Rumors about the closure of the federal prison of Villa Aldama, near Perote, in Veracruz; on the alleged transfer of prisoner Francisco Soto to a different jail; of neglected covid outbreaks in the penitentiary… But it’s just that, hearsay. The only thing Tanya Páramo really knows is that she has not seen Soto, her husband, in nine months.

The last time they visited him was on February 10. Tanya and her daughters, Marifer, 16, and Aitana, who just turned 14 months traveled, traveled. They left Mexico City the day before, as they always do, took a bus and arrived in Perote. They stayed at the Alcatraz hotel, a few hundred meters from the prison. It was cold in town, cold “normal over there”, as Tanya says.

So many years later, the case that landed Soto in prison hardly appears in the conversations between them. And less on visiting days, the few hours a month when everyone is together. This prison is already part of the family legend: here Marifer celebrated her 15-year party, here Aitana was conceived.

But the case appears from time to time, in the form of comments on procedural actions, the status of an amparo, an appeal, the admission for processing of a document. It is difficult to ignore it, his life has revolved around this matter for almost 10 years. And although they no longer speak of the beginning, the arrest, those strange days in Saltillo, the bad times in the military barracks, the memory moves everything else.

Almost 10 years ago, on March 13, 2011, agents of the Mexican Military Prosecutor’s Office detained Second Lieutenant Francisco Soto in his barracks, in Saltillo, Coahuila. Soto lived with Tanya and Marifer in the barracks apartments, like most of his companions. Among other tasks, he took care of the battalion’s dogs, the “doggie pairings”, as they say in the Army. The story of Soto and Tanya is the core of the podcast series that EL PAÍS has published in collaboration with Así Como Suena since September, and which premiered its last episode this Friday.

That Sunday March 13, 2011, his commander called him early. He asked him to go to the battalion, less than a kilometer from home. Soto was not working, but he obeyed and went up to the barracks. The commander called other of Soto’s colleagues that morning. In total there were 15. Some were free, others were not. He gave everyone some excuse to come see him: the vacation shift, a mission, the condition of the hoof of one of the battalion dogs.

Excuses, because in reality the commander was only trying to lure his men to the barracks. He didn’t look for them, others did. Judicial police from the military prosecutor’s office had arrived at the barracks to arrest them. Soto and the others soon learned that the courts accused them of collaborating with the Los Zetas cartel.

It was the first round of consequences of the war on drug trafficking. Since 2007, Calderón had ordered military operations in various regions of the country with the aim of undermining organized crime: Sinaloa, Michoacán, Guerrero, Chihuahua… And also in the northeast. In 2010, levels of violence increased significantly in Tamaulipas and Nuevo León, two of the largest states in the region. The incidence of fights between criminal groups and of those groups with the Army increased compared to previous years. If in 2009, Tamaulipas had registered 315 murders, in 2010 there were 934. In Nuevo León, the change was very similar.

The violence reached Saltillo, the capital of Coahuila, in early 2011. The struggle between two previously twinned criminal groups, Los Zetas and the Gulf Cartel, reached what had been a relatively quiet city. Two weeks before the arrest of Soto and the others, in February 2011, the shootings and clashes even reached the center of the city. A week before his arrest, Soto and other soldiers confronted a group of criminals in the city. Soto was shot in the helmet.

The accusation against Second Lieutenant Soto was born days after the bullet in the helmet. On March 11, other members of the military detained various members of Los Zetas in Saltillo. One of them, Pedro Toga, alias El Guacho, had a list, a document that included the payments to the military that Los Zetas had on their payroll in the city. Soto was on that list.

With the list and Guacho’s subsequent statement, police officers from the military prosecutor’s office arrested Soto and the others just two days later, on March 13. The judicial police locked Soto and the others in a barracks room and tortured them there for days. His intention, according to Soto, his wife Tanya and his lawyer, Ramiro Ramírez, was for them to confess their relationship with Los Zetas. Then they were sent to the organized crime prosecutor’s office in Mexico City and from there to prison. They have never dated.

Over the years, the process consisted of a desperate attempt by Ramiro to dismiss evidence and by Mexican civil and military justice to ignore these efforts. The original document on the list never appeared in the record; The statements of Soto and the others, obtained hours after the torture, were the ones that counted and not those that they gave months later, no longer under pressure. A second witness, another detained Zeta who had supported the words of El Guacho, gave up years later …

Soto and other of the detained military men went to trial in April 2017. Started in 2011 by the civilian organized crime prosecutor’s office, the process changed over the years and went to the military justice system. The trial was held before a military court made up of a president, a judge and four members. The president, a general with no legal training, was the one who ultimately decided the fate of the military. After a week of trial, he found them guilty of crimes against health, that is, drug trafficking. 26 years in prison.

Irregular or not, the process against the military was part of the failed crusade of the then government against corruption. It was a failed crusade for various reasons, but perhaps the first is that those responsible did not see – or did not want to see – that the greatest corrupt of all was heading the Government’s police apparatus, Genaro García Luna. At least that is clear from the accusation of the United States prosecutor’s office against him for drug trafficking, among other crimes.

And it was also failed because of the processes that the government initiated against federal officials, among them other military officers – General Tomás Dahuahuare, for example – or state officials – the famous Michoacanazo – only that of Second Lieutenant Francisco Soto and his companions endured. It does not seem that the investigation of the prosecution was better in this case. The difference is that here, the process fell on the side of military justice.

After the trial, lawyer Ramiro Ramírez appealed and finally got a civil court to suspend the sentence and order the military justice to reinstate the procedure. That is, to try again according to evidence that in the first instance had not been considered, such as the second statements of the military, where they denied their collaboration with Los Zetas. The military courts tried the military again and sentenced them again and Ramiro has appealed again. His hope is that the civil court got into the matter thoroughly. In other words, that he substitutes the military man and applies his criteria directly from his own study of the evidence. “We are in a legal limbo,” Ramiro said this Friday.

The lawyer has taken the case before the Inter-American Commission on Human Rights, but it is an equally difficult path. The commission does not usually enter cases that have not yet been exhausted in national courts.

The podcast The list It ends with a visit to Tanya’s house in the middle of this year. We went to see old photos of Soto and to see the house, which we had never visited. Tanya led us to a basement with boxes and boxes of court records. He took out photo albums. We talked a lot that afternoon. Then he showed us his room, the closet and inside the closet, a drawer with the things he has kept for Soto all these years: T-shirts, deodorant, flip-flops …

This Friday, Tanya listened to the last chapter and immediately wrote a message: “Good morning, today I cried a lot, thanks for all the support!”. During the process of writing the scripts of The listWe often wonder if Tanya would forgive us for saying some of the things we have said. Doubting Soto, wondering about his guilt: things we couldn’t stop doing. But this Friday Tanya hasn’t said anything about that. He has only asked if we know anything about Villa Aldama, about the rumors that the jail is going to close. The possible transfer of Soto. Then he sent a photo of Aitana, the little girl, who is now 14 months old. It was difficult to ignore the idea that the girl has spent more than half her life without seeing her father. 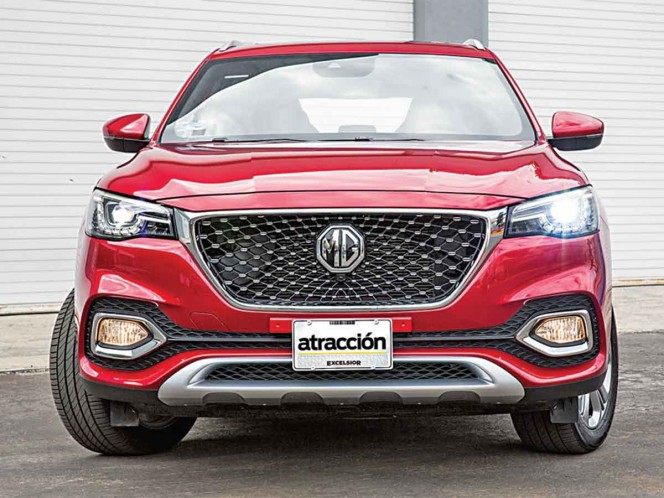